‘Tis the season to be…sick.  I can attest to this, having just endured a particularly pernicious disease:  the dreaded and debilitating man-cold. 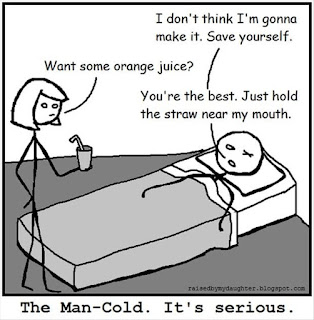 Over the next several months, employees throughout the country will be missing more work due to sickness.  Many of them already have a less than perfect attendance records.   Others will injure themselves at work or home or succumb to chronic and sometimes disabling diseases.

This is the first in a short series of HR Law Insider articles targeted to help HR professionals, managers, and business owners successfully navigate two of the most common, yet difficult and misunderstood, workplace challenges:

HILL V. CITY OF PHOENIX:  WHEN GOOD IS NOT GOOD ENOUGH

Stacia Hill worked for the City of Phoenix police department. Upon returning to work in February 2012 after a lengthy medical leave, Hill advised the City she had ankle problems and a sleep disorder.  The City tried to accommodate these disabilities by assigning Hill to the Front Desk Sergeant position, which it characterized as a sedentary desk job, and by giving Hill an 8:00 a.m. to 4:00 p.m. shift, consistent with the recommendations of her sleep doctor.

Hill began arriving late and missing some days of work and her attendance worsened in April and May.  Hill’s supervisor then held a “coaching session” with Hill.  He  told Hill that he would be removing her from one of her positions in order to lighten her workload.  Hill stated that she viewed this decision as “punishment” for her previous use of approved leave.

Following this meeting,  Hill stopped reporting to work entirely on May 22.  On May 23, 2012, Hill’s psychologist drafted a two-sentence letter recommending that Hill “be placed on stress leave beginning on May 22, 2012  for an indeterminable amount of time.”  On May 31, the City sent a letter to Hill explaining that the doctor’s letter was insufficient to authorize Hill’s absence because it “failed to identify a medical condition or provide any information as to the nature of the condition, prognosis, course of treatment, symptoms, duration of the condition, or an anticipated date of return to work.” The letter requested additional information explaining why Hill was unable to work.

Around the same, the City sent Hill a letter advising her that her position required her to maintain regular and reliable attendance. Then, Hill’s doctor gave the City a letter explaining that Hill was experiencing “considerable anxiety” which had exacerbated her sleeping difficulties and depression.  He recommended that Hill not drive a vehicle, and indicated that it was “difficult [to] pinpoint when she will be able to return to duty, if ever.” Hill’s doctor then provided another letter stating that it was “difficult to say when exactly Ms. Hill can return to work,” but that it would likely be possible once her stress levels improved.

On June 26, 2012, the City sent Hill a letter requesting that she have her doctors complete a “reasonable accommodation medical questionnaire” to “clarify [her] medical conditions.” The letter also informed Hill that she had exhausted her leave time and would need to request a leave of absence if she wished to remain employed. Failure to obtain such leave, the letter warned, would constitute job abandonment.

On July 17, 2015, Hill’s doctor produced a two-sentence letter virtually identical to the one supplied on May 23rd, again recommending Hill be placed on “stress leave” for an “indeterminable amount of time.” The City responded with a letter advising Hill that her doctor’s letter was not sufficient to authorize her absence, and requesting that she provide acceptable documentation of her medical condition and contact her supervisor immediately regarding her intentions to return to work. The letter further informed Hill that failure to report to work by July 27, 2012 would be classified as job abandonment.

On July 30, 2012, the City sent Hill a letter stating that because she had not reported to work or provided acceptable medical documentation, the Department would classify her as having abandoned her job. The letter further informed Hill that the City would consider reinstating her if she could establish that her absence was due to circumstances beyond her control.

On August 7, Hill sent a letter to the Department’s Chief which stated:

“I wish to inform you that I was absent from my job only because I was instructed not to work by my doctors. If I were able to perform my job, I would be there and I’m certain the City does not want me at work if I’m unable to perform my duties….I request you reinstate me and allow me to remain on unpaid leave until I can complete the LTD application process.”

This request was denied, Hill was fired, and her EEOC claim and lawsuit soon followed.

Initially, things look good for the City:  the court ruled that Hill was not able to perform the essential functions of her job in or after July 2012, and that no reasonable accommodation would have changed this fact. For this reason, it granted summary judgment and dismissed Hill’s unlawful termination claim.

However, in a big win for Hill, the court also ruled as follows, setting the stage for an expensive and risky (for the City) trial:

“It is not possible to determine … whether Hill’s condition might have stabilized, allowing her to perform the essential functions of her job going forward, had the City engaged fully in the interactive process in May and June 2012—a process that might have led to helpful accommodations. It is similarly impossible to determine as a matter of undisputed fact whether the City engaged in the interactive process in good faith during this time.”

FOLLOW THESE FOUR STEPS AND AVOID THE CITY OF PHOENIX’ FATE

Employers who fail to engage in the interactive process in good faith face ADA liability if a reasonable accommodation would have been possible.  The interactive process is an informal undertaking in which the employee and the employer attempt to identify the precise limitations resulting from the disability and potential reasonable accommodations that could overcome those limitations. There are four critical steps in the process:

The crux of the court’s decision is that the City essentially gave up too soon on trying to accommodate Hill:

“In determining whether a reasonable accommodation would have been possible, the Court considers the accommodations that were possible at the time the interactive process broke down. Thus, it is not dispositive that Hill was not a qualified individual with a disability—i.e., an individual able to perform the essential functions of her job with or without reasonable accommodation—when her employment relationship with the City ended in late July 2012. The relevant question is whether she was such an individual at the time of the City’s alleged failure to participate in May and June 2012. A reasonable jury could find that she was qualified at that time. While it is true that Hill was having trouble maintaining regular and reliable attendance in May and June, a reasonable jury could conclude that she was not fully accommodated at that time, and that she could have maintained adequate attendance if she had been granted additional accommodations (e.g., a transfer to a fully sedentary position, a 4/10 schedule) to assist with the management of her disabilities.”

THE NEXT TIME YOU HAVE A SICK OR INJURED EMPLOYEE…

Expect your conduct in accommodating — or failing to accommodate — a sick or disabled employee to be heavily scrutinized if that employee is subsequently terminated.  Months of patience and discipline can be ruined by failing to explore and document all potential accommodations to allow an employee to return to work or have additional time to recover.

Fortunately, Hill-type situations do not occur frequently.  But when they do, (1) understand the law and (2) contact experienced employment law counsel to develop and implement a plan that ensures compliance with the law, a fair shake for your employee, and that your business stays out of court.

When not battling man-colds, Art Bourque of Bourque Law Firm can be found here tackling HR, employment, and other business issues for both companies and individuals.