Today the Department of Labor announced a proposed rule that would extend overtime protections to nearly 5 million white collar workers within the first year of its implementation.  This proposed rule was anticipated and discussed in last week’s HR Law Insider article.

If enacted, the proposal will guarantee overtime pay to most salaried workers earning less than an estimated $50,440 next year.

As part of its annual brown bag employment law seminar for businesses, in October Bourque Law Firm will be holding informational seminars on how to deal with the proposed rules, which will likely become law sometime in 2016. The seminars will also include a more general discussion of current trends in employment law and ways to reduce exposure to employee and government claims.

Please contact Mr. Bourque if you are interested in attending these free seminars, which are Mr. Bourque’s way of “giving back.”

Note:  to add some spice — or salsa — we are moving the venue from Bourque Law Firm’s offices to across the street at Aunt Chilada’s. 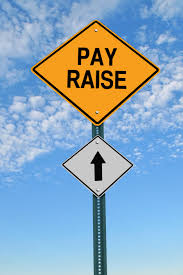 Regarding the proposed rules, the White House issued the following press release:

“The salary threshold guarantees overtime for most salaried workers who fall below it, but it is eroded by inflation every year.  It has only been updated once since the 1970s, when the Bush Administration published a weak rule with the strong support of industry.  Today, the salary threshold remains at $23,660 ($455 per week), which is below the poverty threshold for a family of four, and only 8 percent of full-time salaried workers fall below it.

President Obama directed the Secretary of Labor to update regulations relating to who qualifies for overtime pay so that they once again reflect the intent of the Fair Labor Standards Act, and to simplify the rules so they’re easier for workers and businesses to understand and apply.  Following months of extensive consultations with employers, workers, unions, and other stakeholders, the Department of Labor developed a proposal that would:

In conclusion, big change is coming, which is the perfect segue for this week’s HR Law Insider music video — a sweet ditty named Change by Blind Mellon: